I want to share a few ways to use a ham, an entire ham can go a long way! For my family of three, the entire ham is way too big for us to use at once or even within the first week.

Buying the smaller boneless ham is much more expensive. Remember, the more handling, processing, packaging the product has, the higher the price. I’ve found several ways to get the most out of the ham and stretch our dollar further. My number one rule is to never pay more than 99 cents per pound. I buy at least two hams or more if my freezer has space. I always get the whole vs. the sliced. Not only is it cheaper but with the intact ham, I have more options. When you get home don’t freeze the ham right away. Set aside a couple of hours to work on the ham cutting, slicing, chopping, and cooking. The nice thing about ham is that it is well preserved so you have a week or so to find an opportunity to prepare it. 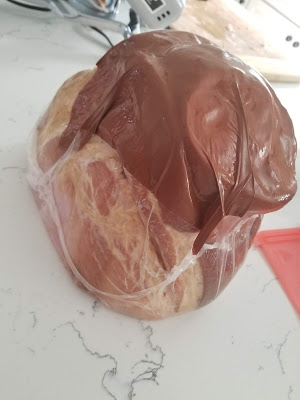 Trim the meat off the bone in the largest sections possible. From here you really have to decide how you would like to use it. My husband and son love ham at breakfast so I slice it about 1/4 in thick. It’s nice if you have a meat slicer. I also cube a portion of the meat to put in my son’s lunch the following week. He loves to eat it with a toothpick! You can slice it thin for sandwiches or leave a large chunk to bake for a meal. The possibilities are endless.

Package in freezer-safe storage bags or vacuum seal. Keep a portion out if you need something during the following week or throw the remainder in the freezer. Ham freezes really well but do your best to squeeze out any excess air. 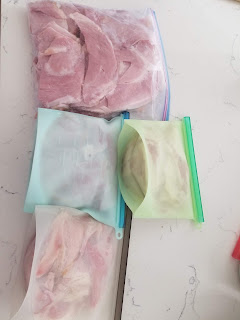 My next favorite part is the bone. If I don’t have time or ingredients I throw the bone in the freezer. The variety of dishes you can do with a ham bone in a crockpot are pretty much endless. I made a ham and potato soup, first cooking the ham bone with a bay leaf for 8-10 hours, cleaning off the bone, and scraping out the marrow. Then I added onions, garlic carrots, and potatoes until cooked. I typically freeze 3 or 4 containers that I can throw in a pot to thaw out any time. 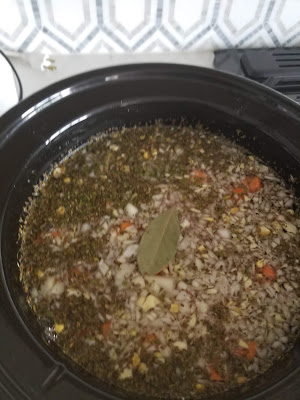 I also tried a ham chili of sorts just using ingredients I had on hand. I threw in onions, garlic, some dried beans and some dehydrated corn, stewed tomatoes, and chili spices. 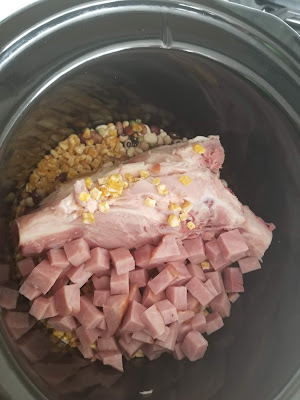 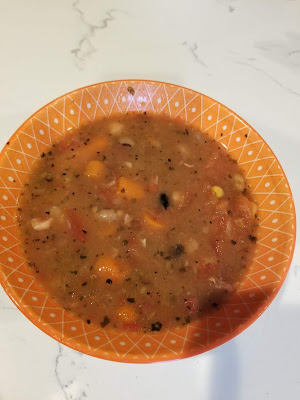 These are just a few ways to make multiple meals out of a ham that typically costs less than $10 making entire meals $5.00 or less for your family. Next time you find a sale on ham clear out that freezer and stock up! What are some ham recipes that are your family favorites?