Did you know that you can wash your vinyl shower curtain in the washing machine? I know, me neither but you can!

If you want to keep your shower curtain from getting moldy it’s all about keeping it dry. I know that sounds weird because it’s supposed to get wet when you take a shower. After you take your shower is when you can try to prevent mold from growing.

When you are finished with your shower, spread it out as much as possible so air can get to all of it.

Ventilate your bathroom if you can, open a window or let the fan run to pull moisture out of the air

After it has dried a little, let it hang outside the tub, mildew usually forms in those areas that cling to the tub

Make a spray, 1 part water , 1 part vinegar. After every show spray the parts they get moldy first, that’s usually down towards the bottom.

You can wipe it down with a dry towel, honestly I don’t have time for that. I’m guessing most people aren’t going to go that far to prevent mildew. I with you!!!

So how do I wash it?

Instead of throwing away your vinyl shower curtain when it starts to get moldy or slimy, try washing it in your washing machine first.

Toss it in your washing machine with 2 bath towels and a cup of vinegar. Use the gentle cycle on your machine or if you can control how fast it spins. Set it to spin as slow as possible. Don’t use hot water! I know you think of hot water because you want to kill anything that is growing on it. Hot water could melt your shower curtain, so you don’t want to take that chance.

Let’s be honest, shower curtain liners don’t cost that much so if it does get ruined it’s not the end of the world. It can still be repurposed so go ahead and wash it anyway even if you are going to replace it. I’m going to share some repurposing ideas below.

If you just want to replace your shower curtain, don’t throw away the old one, wash it first then repurpose it.

Use it as a drop cloth for painting.

Put it under the kids craft table to protect your carpet or flooring. Or put it under a highchair.

Use it as a tarp or to line the trunk of your car.

If you are doing oil changes or car maintenance. Use it under your car if you don’t want oil spills on your garage floor.

Use it for camping, cover the nasty picnic table at the campsite. If you want to sleep outside, put it under your sleeping bag so it’s not directly on the ground.

Cut it into smaller pieces and use it to line the bottom of cabinets or drawers.

Get creative, I’m sure there are a million other uses and you can feel good that it’s not just sitting in a landfill somewhere. 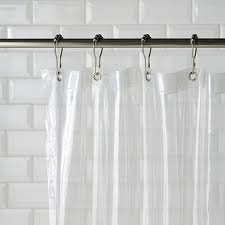 Read some of our most recent posts: 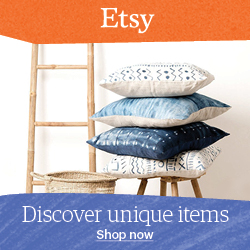